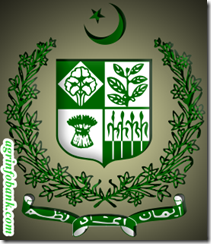 The documents further disclosed that Ministry of Industries and Production had moved a summary for the ECC vide No 11(3)/2005/P-1dated July 2, 2013 which was considered in the ECC meeting held on July 2, 2013. The summary contained two proposals: (i) the condition laid down under Rule 13 of PPRA Rules 2004 regarding international tendering response time of 30 days for gallop tender may be reduced to response time of 7 to 12 days and ;(ii) import of 500,000 tons urea for Kharif season 2013 may be approved. The decision of the ECC conveyed by the Cabinet Division shows that the ECC approved import of 0.3 million tons of urea. However, instead of reduction in tendering time under rule 13 of PPRA Rules, the following decision was conveyed that Ministry of Industries and Production should approach the competent authority regarding exemption from PPRA Rules in accordance with the provisions of Section 21 and 6 of PPRA Ordinance 2002 for import of urea.”
Secretary Industries was of the view that even though the Ministry of Industries and Production is of the considered opinion that the decision was incorrectly recorded, yet in pursuance of the recorded decision, a letter was sent to Chairman PPRA Board/Secretary Finance for exemption from PPRA Rules. On July 10, 2013, the Finance Minister chaired a meeting of Price Monitoring Committee in which he enquired about the latest position regarding import of urea.
The Finance Minister was apprised of the position including Ministry of Industries and Production”s view that the minutes had been incorrectly recorded. The Finance Minister directed that the Ministry of Industries and Production may declare emergency under PPRA Rules 13 as per its request contained in the summary and request the Ministry of Commerce to float an international tender with one week response time.
The directives were conveyed to the Ministry of Commerce and the tender was scheduled to be opened on July 17, 2013. This position was also placed before the ECC in its subsequent meeting held on 11th July, 2013. “We have, however, received letter from the Cabinet Division conveying that the minutes of the meeting dated July 2, 2013 were correctly recorded and the decision should be implemented as recorded which entails seeking the exemption from PPRA Rules 13,” the sources quoted Industries Secretary as saying in his letter.
Keeping in view the problems, Secretary Industries submitted the following options are available ;(i) to inform Ministry of Commerce that MoI&P is withdrawing its request for procurement of 300,000 tons of urea on emergency basis and accordingly call off the tenders to be opened on 17-07-2013, or; (ii) Chairman ECC may endorse the contention of MOI&P as stated at para 3 above that ECC in its meeting dated July 2, 2013 had approved declaration of emergency and reduction of response time to 7 days under Rule 13 of PPRA Rules. In this case the Cabinet Division may also be directed to record the decision correctly. The ECC, in its meeting on July 18, 2013 approved the recommendations of the Industries Ministry and directed the TCP to open first tender of 50,000 tons of urea on July 22, 2013.

Hafeez Sheikh for promotion of agriculture through implementation of ATP

The Benefits of Using Compost in Your Garden

Impact of botanical pesticides against sucking insect pests and their insect...

Pakistan and India trade to be promoted by protecting rights of...

Training on “Importance of Oyster Mushroom Cultivation by Dr. M....

‘Pakistan to export mangoes to Turkey next year’

AgriNews July 8, 2013
Need Help? Chat with us
Start a Conversation
Hi! Click one of our member below to chat on Whatsapp
The team typically replies in a few minutes.
Support Team
agrinfobank
Online Store
Gardening Shop Karachi
I will be back in 2:53