Price of tomatoes increased by 84 percent in July as compared to June 2013. Heavy rainfall and flood in various parts of the country are said to be the factors behind low tomato yield leading to its import and thus a higher price, says a Free and Fair Election (Fafen) report released here on Monday. 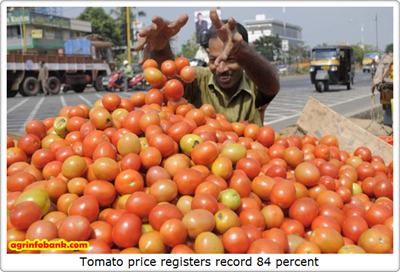 Growing ginger at home in a hydroponic system with minimum expense

Things You Must Know Before You Buy Organic

Cultivate the future of farming: Fight against GMOs

Editorial Pick January 14, 2020
Need Help? Chat with us
Start a Conversation
Hi! Click one of our member below to chat on Whatsapp
The team typically replies in a few minutes.
Support Team
agrinfobank
Online Store
Gardening Shop Karachi
I will be back in 17:35